You are here: Home / About

We are Too Cool for School

– Learn a little about the Artist –

“A Place for Your Fused Glass Ideas and Jewelry” 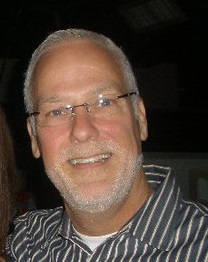 Mitchell T Harrison, born and raised in Tuscaloosa, Alabama. Lived 22 years in Birmingham, Alabama then moved to Saint Petersburg, Florida in 2010 to Historic Kenwood Neighborhood. After a tragedy at his home, he was enjoying the Grand Central Chili Cook-Off and registered to win a prize for a session of stained glass class at Grand Central Stained Glass and won. So the beginning of stained glass originated, but he found his true love in the fused glass art. It also became a great method of therapy for the day to day events. Knowing that his parents were talented in many ways, from music to the canvas, he adventured into the world of fused glass. Then, after making over 140 pride necklaces and seeing what a hit they were, it inspired him to dig deep and learn more. The process of fused glass became a great outlet to express himself. After doing a couple shows, he decided to start a new adventure of selling his glass art and so the new site arose. Thanks to dear friends Eloyne and Bradley Erickson.